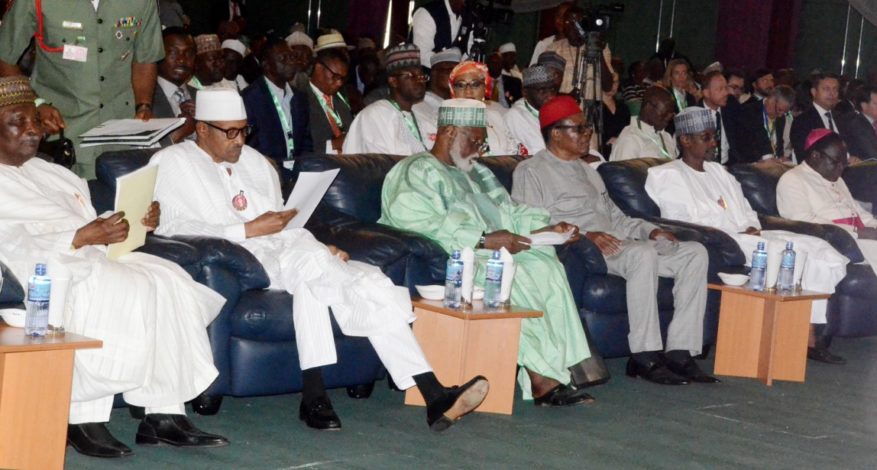 Nigerian political parties on Tuesday signed a peace accord committing to a peaceful poll in 2019.

Although some key candidates were absent at the event, which held at the International Conference Centre, Abuja, others including President Muhammad Buhari, signed.

There are 91 registered political parties in the country, but it was not immediately clear how many parties signed the accord.

The event was organised by the National Peace Committee.

These are the details of the agreement the parties committed themselves to, as recorded in the signed document:

1. To run issue-based campaigns at national, state and local government levels; In this, we pledge to refrain from campaigns that will involve religious incitement ethnic or tribal profiling, both by ourselves and by all agents acting in our names;

2. To refrain from making or causing to make in our names or that of our party, any public statements, pronouncements, declarations or speeches that have the capacity to incite any form of violence before, during and after the elections;

3. To commit themselves and political parties to the monitoring of the adherence to the accord by a National Peace Committee made up of respected statesmen and women, traditional and religious leaders;

4. To support all the institutions of government including INEC and security agencies to act and be seen to act with impartiality

5. To forcefully and publicly speak out against provocative utterances and oppose all acts of electoral violence, whether perpetrated by supporters and/or opponents. 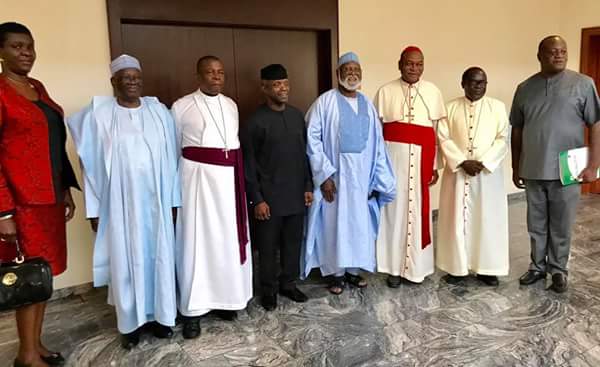 With Abubakar were other members of the Committee including Catholic Arch-Bishop of Abuja Diocese, Cardinal John Onaiyekan, Catholic Bishop of Sokoto Diocese, Bishop Hassan Kukah, Commodore Ebitu Ukiwe (rtd) among others.

ormer Head of State and Chairman, National Peace Committee, Retired Gen. Abdulsalami Abubakar has called for the support of stakeholders for the Independent National Electoral Commission, ahead of the 2019 general elections.

Abubakar made the call shortly after his committee met with management of INEC led by its Chairman, Prof. Mahmood Yakubu, on Wednesday in Abuja.

He said the outcome of the meeting indicated that INEC was ready for the elections, but there was a need for stakeholders to support it and make the elections free, fair, credible and peaceful.

“INEC briefed us on the preparations for elections, the challenges and what it is going to do in order to make sure that there is a peaceful, free and fair election.

“We are taking note. There are certain flash points where he (INEC Chairman) wants the peace committee to intervene in order to bring peace so that elections will be conducted.

“On our part, we will do the best we can in order to have a sanitised political arena.

“You members of the press have also a role and duty to educate our people and the politicians so that when they go on campaigning, they campaign on issues.

“There should be politics without bitterness, there should not be any rancour,’’ he said.